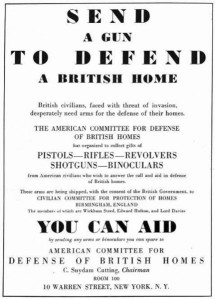 Now we get a supine population being roughed up by welfare bums.

You know something, I’ve never actually owned a gun.  Always figured that enough of my fellow citizens had them to ensure a general defense against riot.  But now I’m going to buy one.  To all the barbarians out there – you go ahead and start a riot in my town, we’ll have words.

Civilization stands on the edge of destruction – the once-great nation of Britain, which used to boast that it never had and never shall lie at the proud foot of a conqueror, is dying.  This is the left wants for us, too…a disarmed, cowardly and government-dependent serfdom, while barbarians prowl unchecked.  Not for me – my America shall live, even if it requires the shedding of barbarian and patriot blood.

60 thoughts on “When Britain Had Courage”