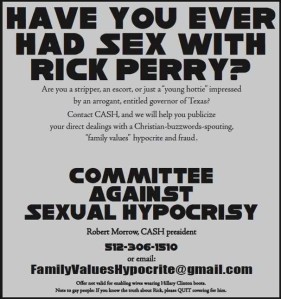 Turns out it is a Ron Paul supporter – and general screwball who actually put the ad out.

27 thoughts on “Going to the Sewer”